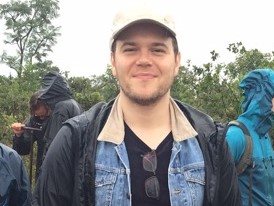 Aleksandar is a researcher at the Institute for Sustainable Development and International Relations (IDDRI, Sciences Po). A dual graduate in environmental science and policy, Aleksandar holds a BSc in life sciences, a MSc in environmental sciences and a PhD in ecology (Sorbonne Universités – Université Pierre et Marie Curie), as well as a master in international affairs (Sciences Po Paris).

His work at IDDRI addresses the interactions between environmental sciences and policies. He combines theoretical frameworks from science and technology studies and strategic analysis to analyze and discuss the strategies used by scientists to make their work count in policy arenas, with the ultimate goal of finding potentially more potent ways for scientists to support environmental policy. His work mainly focuses on topics linked to biodiversity and climate and their intersection. His current case studies include IPBES, ocean-climate relations, soil-climate relations, biodiversity of world savannas (a Belmont Forum project), and urban ecosystems. As part of this broader set of questions, he also studies what emerging conceptual and operational frameworks could bring to the actual practice of biodiversity conservation. In this line of analysis, he has been working for several years on the use of economic valuation of ecosystems in decision-making processes and, more recently, on the inclusion of “nature-based solutions” in climate policies.

In 2014, Aleksandar worked with Prof Bruno Latour and Dr François Gemenne on the coordination of about 40 researchers from 22 research teams in natural sciences and the humanities for the Sorbonne Paris Cite Program “Politics of the Earth in the Anthropocene”, to which he still contributes. In 2015, he was a visiting fellow at the Harvard Kennedy School “Program on Science, Technology and Society” (STS Program), directed by Prof Sheila Jasanoff. In 2016-2017, he is managing guest editor for the journal Environmental Science & Policy, for which he coordinates a special issue on the interactions between ecological sciences and biodiversity policies.

During his PhD work, he principally combined approaches from stable isotope ecology and microbial ecology to study the long-term dynamics of urban soil-tree systems in Paris, as grasped through their carbon and nitrogen cycles. He also conducted research on urban soil and plant trace metal pollution, as well as on wild pollinators living in the Paris region. With this work, he wishes to contribute to the understanding and awareness of highly anthropized ecosystems, and is interested in studying how their ecology is a combination of human and other-than-human agency and could, as such, also serve as an illustration of contemporary Earth.