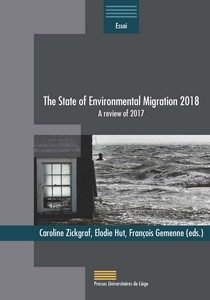 This volume is the eight in the annual series and the third of its kind published with the Presses Universitaires de Liège. The State of Environmental Migration aims to provide its readership with the most updated assessments on recent events and evolving dynamics of environmental migration throughout the world. Each year, the editors select the best graduate student work from the course “Environment and Migration”, taught by François Gemenne and Caroline Zickgraf at the Paris School of International Affairs (PSIA) of Sciences Po. Presented in this edition are displacements induced by some of the most dramatic disaster events of 2017, including Hurricane Irma and Cyclone Enawo, as well as analyses of migration flows related to a variety of environmental occurrences throughout the year spanning the globe. SEM 2018 thus represents another stepping stone towards understanding how the adverse effects of climate change and disasters alter migration patterns.

Edited by The Hugo Observatory of the University of Liège, this year’s edition is published in the framework of the Horizon 2020 Environmental Diplomacy and Geopolitics (EDGE) project, a partnership with the University of Economics of Bratislava (EUBA) and Sciences Po Paris.

The publication was launched in November 2018 during the third and final EDGE annual conference which took place in Bratislava, Slovakia.

The State of Environmental Migration 2018 can be ordered through the below order form or on the website of Presses Universtitaires de Liège. 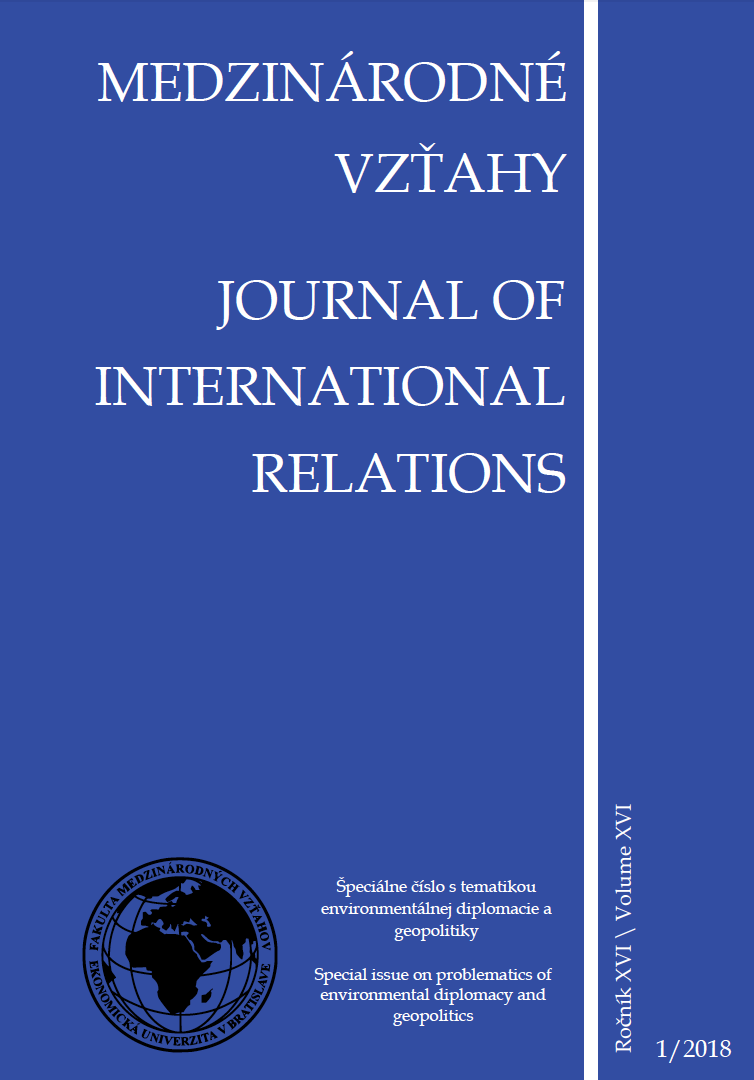 The State of Environmental Migration 2017: A review of 2016, Presses ULg

The State of Environmental Migration 2017: A review of 2016 is the seventh annual volume of the series, which selects and compiles Masters student’s work from the course “Environment and Migration” taught by François Gemenne and Caroline Zickgraf at the Paris School of International Affairs (PSIA) of Sciences Po in an ongoing partnership with the International Organisation for Migration (IOM).

Edited by The Hugo Observatory of the University of Liège, this edition was published in the framework of the EDGE project and was launched in December 2017 during the second EDGE Annual Conference: Politics of the Earth.

The Atlas of Environmental Migration, Routledge

As climate change and extreme weather events increasingly threaten traditional landscapes and livelihoods of entire communities the need to study its impact on human migration and population displacement has never been greater.The Atlas of Environmental Migration is the first illustrated publication mapping this complex phenomenon. It clarifies terminology and concepts, draws a typology of migration related to environment and climate change, describes the multiple factors at play, explains the challenges, and highlights the opportunities related to this phenomenon. Through elaborate maps, diagrams, illustrations, case studies from all over the world based on the most updated international research findings, the Atlas guides the reader from the roots of environmental migration through to governance. In addition to the primary audience of students and scholars of environment studies, climate change, geography and migration it will also be of interest to researchers and students in politics, economics and international relations departments. 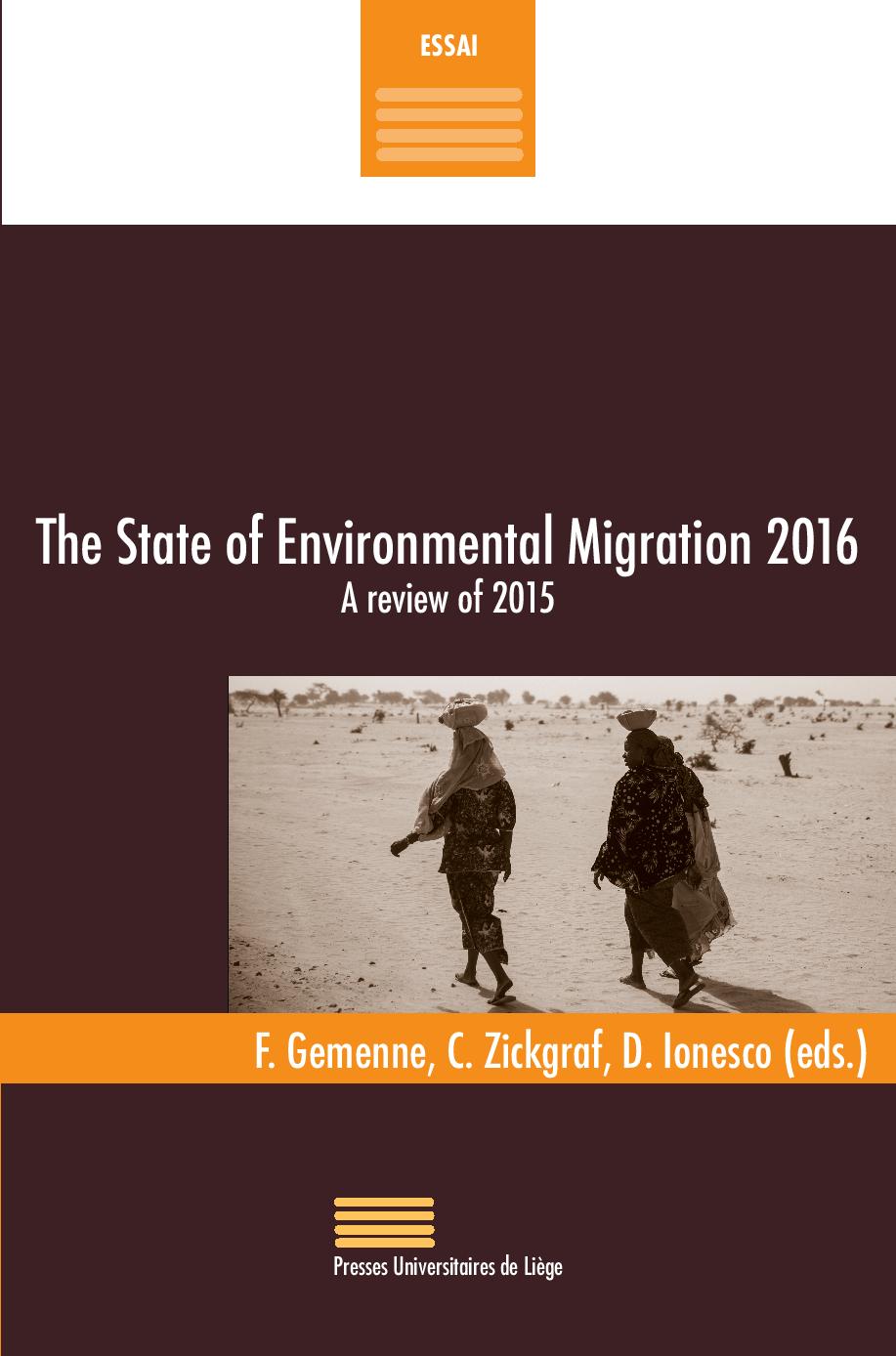 The State of Environmental Migration 2016: Review of the Year 2015 is the sixth annual volume of the series, which selects and compiles Masters students’ work from the course “Environment and Migration” at the Paris School of International Affairs (PSIA) of Sciences Po in an ongoing partnership with the International Organization for Migration (IOM). Each year, students detail and analyze the year’s environmental events insofar as they have affected various forms of migration. This volume includes several important illustrations: landslides in Colombia, floods in India, an earthquake in Pakistan.

Overall, 2015 has been a key year with regard to policy developments relating to environmental migration issues. First, the Nansen Initiative, an intergovernmental process launched in 2012 by the governments of Norway and Switzerland, concluded in October with the adoption by 109 States of a Protection Agenda that outlines the rights of those displaced across borders by disasters. Secondly, the adoption of the Paris Agreement at the COP21 in December of 2015 was the key policy event of the year. The first universal agreement on climate change is mostly focused on greenhouse gas emissions reductions, but also addresses migration and displacement, as it created a task force to advise the UNFCCC bodies on these issues. The task force is expected to serve as a hub for the integration of research and policy on climate change and migration in the UNFCCC negotiations, and should be established as part of the Warsaw International Mechanism on Loss & Damage. This new edition of The State of Environmental Migration will hopefully serve as a reminder of the magnitude and importance of the challenges to come.

The following joint articles have been or are to be published in leading academic journals: