Toxins from the seeds of the tree Acer pseudoplatanus are the likely cause of Atypical Myopathy (AM) in Europe, concludes a new study published this month in the Equine Veterinary Journal (EVJ)1. The common name for this tree is sycamore in the UK but it is also known as the sycamore maple in some other countries. There is further potential for confusion because a completely different tree, Platanus occidentalis, is known as the sycamore or American Sycamore in the USA. The new research follows hot on the heels of a study in the USA earlier this year that has linked toxins from the box elder tree (Acer negundo) with Seasonal Pasture Myopathy (SPM), the US equivalent of AM2. The discovery marks an important step for the future prevention of this fatal disease.

Atypical Myopathy is a highly fatal muscle disease in the UK and Northern Europe. In ten years, approximately twenty European countries have reported the disease. Incidences tend to occur repeatedly in the autumn and in the spring following large autumnal outbreaks. Horses that develop AM are usually kept in sparse pastures with an accumulation of dead leaves, dead wood and trees in or around the pasture and are often not fed any supplementary hay or feed. SPM is a very similar disorder, prevalent in Midwestern USA and Eastern Canada that is now known to be caused by the ingestion of hypoglycin A, contained in seeds from the box elder tree.

The new European research1 was conducted by an international team led by Dominique Votion, University of Liege and involved 17 horses from Belgium, Germany and The Netherlands, suffering from Atypical Myopathy. High concentrations of a toxic metabolite of hypoglycin A, were identified in the serum of all of the horses. The pastures of 12 of the horses were visited by experienced botanists and the Acer pseudoplatanus, the sycamore maple, was found to be present in every case. This was the only tree common to all visited pastures. 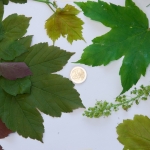 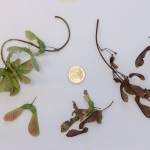 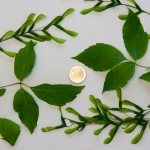 Researchers believe hypoglycin A is the likely cause of both AM in Europe and SPM in North America. The sycamore and the box elder are known to produce seeds containing hypoglycin A and the pastures of the afflicted horses in Europe and the USA were surrounded by these trees.

Hypoglycin-A is found in various levels in the seeds of plants in the genus Acer as well as in various other genera in the family Sapindaceae such as ackee (Blighia sapida).  In ackee, hypoglycin-A levels do vary with ripeness of the fruit and, if the fruit is eaten before it is mature, it causes hypoglycaemia to different degrees including a condition called “Jamaican vomiting sickness” (because of ackee’s use in Jamaican cooking) and occasionally death in humans.

Researchers at the Universities of Minnesota2 and Liege are continuing their work to try to uncover exactly how the equine disease occurs. Discussing the on-going research there, Dr Adrian Hegeman and Dr Jeff Gillman of University of Minnesota point out, “It is likely that the most important contributing factors to horses becoming poisoned by hypoglycin-A are the availability of seed in the field combined with lack of other feeding options. The seeds from two species of maples (box elder and sycamore maples) that we have tested include significant quantities of hypoglycin-A.  We know that seeds contain highly variable quantities from seed to seed, even within a single tree.  We do not know yet how hypoglycin-A levels vary seasonally, nor do we know how its abundance varies with different levels of stress to the plant, though this may well explain seasonal variability in the occurrence of the malady. It is possible that conditions that stress the plants may contribute to significant seasonal changes in hypoglycin-A levels.  At this point we just don’t know.  It is common held knowledge that trees under stress usually produce more seed.”

Jeff went on to comment “Without question, further analysis of the seeds and other tissues from Acer species needs to be performed along with sampling of plant materials over multiple seasons and at various stress levels.   Additionally, one cannot rule out more complex explanations for the seasonality of disease occurrence such as: animals may begin feeding on seed materials in response to depletion of more palatable choices under drought conditions; or simple explanations such as high wind events driving seeds into fields.  These sorts of explanations for the occurrence of the disease do not depend on botanical variations in toxicity across seasons, sites or stress levels, yet also require consideration.

Although limited examples are available, the experience of animals at a pasture site might also confer some degree of behavioral resistance to poisoning due to exposure at sub-lethal levels with prior exposure to seeds in the pasture.

Professor Celia Marr, Editor of Equine Veterinary Journal said: “This is an important advancement in our understanding of what causes AM and how it can be prevented. In immediate practical terms owners can take prompt measures to avoid exposing their horses to sycamore seeds this autumn. Where horses are grazing in the vicinity of sycamore trees, it is imperative that they are provided with sufficient supplementary feed as this will minimise the risk that horses might be tempted to ingest seeds containing this toxin. This must be done carefully and leaving wet hay on the ground should be avoided so providing extra carbohydrate feeds may be more practical.”