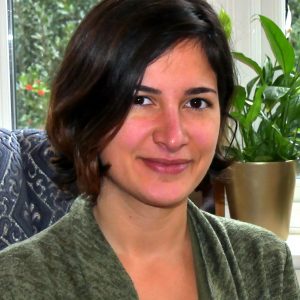 İnci Öykü Yener-Roderburg graduated from Boğaziçi University, Department of Political Science and International Relations in 2011. She received her M.A. from the Australian National University, College of Arts and Social Sciences in 2014 with a thesis titled “Defined on the Edge of Power: The Alevi Identity through Centuries of Transition in Turkey”. Since November 2016, she is a Ph.D. co-tutelle candidate at the University of Duisburg-Essen (DuE) and the University of Strasbourg focusing on Turkey’s election politics for its citizens living in Germany and France, and their voting behavior. She is also an instructor at the Institute of Turkish Studies at DuE and mainly teaches cultures of the Ottoman Empire and Turkey courses.