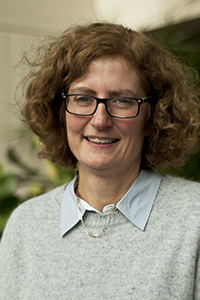 Claire Remacle earned her Master’s degree in Botany in 1989. She then began work on a doctoral dissertation concerning the mode of transmission of the mitochondrial genome of the green microalgae Chlamydomonas reinhardtii in the laboratory of Microorganism genetics at ULg, under the supervision of Fr. René-Fernand Matagne. Once she had obtained her doctoral degree, Claire Remacle obtained a grant from EMBO to study at the Institute of Molecular Plant Biology in Strasbourg, where she studied the potato.

Returning to Belgium in 1996, Remacle rejoined the Genetics and Physiology of Microalgae laboratory, and was named FNRS research associate. In 2003 she became an instructor. Now head of the laboratory, she supervises research on mitochondria in microalgae. Like mitochondria are key components for energy production and accumulation of biomass and molecules that could be used as alternatives to fossil fuels such as triacylglycerides or hydrogen, she also conducts research on the discovery and analyses of enzymes controlling energetic processes, metabolism and photoproduction of biohydrogen.